Most folks who are not involved with aviation wouldn’t know that a radio pulse sequence is used to “key-up” the runway lighting system as a pilot is on approach. The average person may think that the pilot “calls” down with their radio to somebody at the tower or A/D building and instructs them to “turn on the lights.” Of course, in the aero world we know this is not the case, because most airports don’t have staff present around the clock. The pilot-controlled lighting (PCL) system puts the power into the pilot’s hands—to control the airport lighting system on the ground from the air.

The radio receiver that controls the PCL system at each airport is constantly monitoring the radio traffic on the local airport radio frequency and watching for clicks. A click is made by simply tapping the microphone’s transmit button on an air-band radio transmitter and then releasing it immediately. If tapped three times within a five-second duration, the lights should turn on at low intensity. Five clicks activates medium airfield light intensity, and seven clicks brings up high intensity. If a pilot is flying at night and needs to decrease the intensity, they simply click the appropriate number of times for the desired intensity and the lighting system will adjust. Pilots are advised to not click too fast, though! The radio controller needs a slight window of time between clicks to interpret the input as a pulse.

Have you flown into one of Minnesota’s airports and had inconsistent results when keying up the airport lighting systems? Or have you tried to switch the intensity of the lights, but it seems to take more clicks of the radio than it should? This problem should be addressed as soon as possible in order to restore the system to its intended parameters. MnDOT’s NavAids group asks pilots to take notice of any abnormalities and pass them along to the airport manager. When the team performs maintenance checks of the PCL radio receiver, it can use handheld equipment to test the functionality of the system. But the best testing procedure is done from the air at a longer range. For that reason, it’s best if pilots report any potential problems directly to the airport’s manager. Many of Minnesota’s airport managers are experienced and able to correct problems in-house. Airport manager who run into tricky outage scenarios are welcome to reach out to MnDOT’s NavAids group for additional troubleshooting assistance.

Other issues that may cause outages to the PCL system:

Radio Equipment. PCL systems are generally dependable, but every component has its own inherent service life. Some potential issues:

Changes to the airport environment. It’s easy to focus only on the airport equipment as the source of the problem, but sometimes the signal itself can be disturbed by an outside factor, such as:

When pilot-controlled radio systems are not working properly, a pilot has fewer resources to assist with carrying out safe operations.  Realistically, outages will occur from time to time as equipment ages. The MnDOT Aeronautics NavAids group strives to accurately report when systems are down by using the NOTAM system. They want all pilots to be aware of any systems that are acting up or taken offline for repairs. What can you do to help ensure PCL systems are operating as they should and therefore keeping fellow pilots and their passengers safe? We are calling on you folks who travel through the skies to help us. Activate (test) those airfield lights. If you notice an issue, bring it to the airport manager’s attention. The next pilot coming in behind you might have lower visibility and may be counting on those lights. 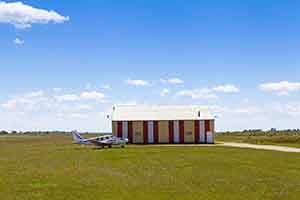 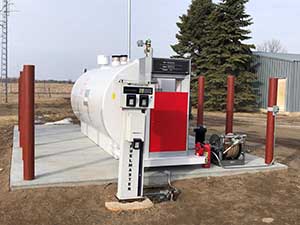 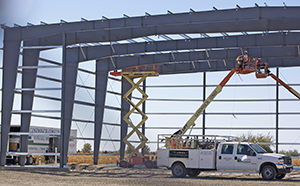